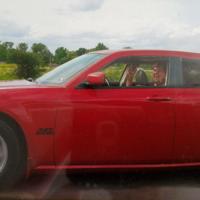 Hello. Are you well?

Hi there, thanks for the request. ^^

^w^ oh wow! That's awesome!
u-uh... Do you take commissions? I dropped my headset and the button to turn the left side on kinda broke and something bad happened to the wiring... I begged my friend Tom to help but he hasn't had the time... =/
I tried to fix it but I honestly don't know what I'm doing...
Anyway, I had no idea you were into vocaloid, that's awesome! Were you at the photo shoot by chance? O.o
Which vocaloid was the headset for?
geez, you're quick! that's a lot of series in a short amount of time... Ai yuri aoshi was great.
OH, have you seen denpa onna to seishun otoko? I highly reccomend it!
I'll cosplaying Erio at tekko 2012 so if you see a girl wearing a futan around her that will be me. XP
Who else have you cosplayed and what are your plans for this coming tekko!?
It's only a few months away, so exciting!!! ^0^
Sorry for bombarding you with questions. >.<

aweh, that's kind of sad but awesome. At least you were able to learn really cool skills!
I'm curious, what else have you made?
There's absolutely nothing wrong with being a nerd, I consider myself to be one too at times. XD
I was up mixing a duet cover and it's STILL not done! My friend took her picture for her part of the colab so I felt obligated to push myself in order to finish. ^_^;
I'm running on three hours of sleep... =_=
why were YOU up so late? ^_^

Oh wow, that sounds so amazing!
I'm sory you weren't able to wear them, that's really disappointing.
You should come to the cosplay picnic next year, I'm sure you'd be able to wear them there.
Also, have you ever thought of entering the otaku house cosplay contests? I'm sure you'd get a lot of positive feedback. At least you can make stuff like that, I'm not so good with making props and such... I'm finally beginning to make my own outfits after much practice. >.<

ah, i see.
what were you cosplaying?
air gear?

O_O
You seen me, seriously?
I'm soooo sorry I don't remember...
I had NO sleep what so ever that weekend...
I'm glad you enjoyed the con, it was great although the hotel was a bit overcrowded...
Were you at Kurokiro festival otherwise known as tekko 1/2?
yaaaay! ^0^
I'm looking forward to meeting you.

err, typo! Art*
sorry, I was talking and typing at the same time, also sorry for spamming you! >.<;

Oh, by the way.
Your are is really nicely detailed!
You're so lucky to have the ability to draw, i'm jealous. XD