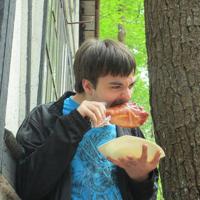 I play some games, but they're mostly Star Wars games. I play the MMORPG Star Wars: The Old Republic and while I used to play Star Wars Galaxies before it shutdown, I also have a smuggler in the emulator SWGLegends that I occasionally use. I played Monster Hunter: World (Rise now) often and I play a lot of dumb games I shouldn't have bought. I'm a fan of old point-and-click games as well as text-based choose-your-own-adventure stories. I enjoy The Sims games and always have throughout my life, and always have time for timeless classics, particularly in the Nintendo 64 era. Mario Party games pre-Wii are fantastic, Banjo Kazooie is a masterpiece, and Super Mario 64 is a game I still play today.

Besides those, I am a big fan of the big BioWare titles such as Mass Effect (excluding Andromeda) and Dragon Age. Dragon Age: Origins is still one of my favorite games of all times. I highly enjoy story-based games. It is rare for me to find a shooter I enjoy. I have never played Call of Duty or any similar types of games. If I'm going to play a multiplayer game, I don't want it to be super competitive. The only exception was when the servers for Star Wars: Republic Commando were up.

I play a lot of Animal Crossing, as well.

I don't mind if you want to vent to me about stuff, I just might not always be the best at relating. Still, if you want to talk, I am an open book so long as it's not uncomfortable and I am always honest, so if something is uncomfortable to me, I will bring it up. I do not hold grudges, I enjoy getting to know someone, and I am incredibly terrible at keeping a conversation going. The worst thing to me is not letting someone know when you're disinterested. I interpret short answers or responses that don't allow for much response as a sign of disinterest and I will probably disengage at that point, unless I'm told that that is not the case.

I like to believe I'm openminded. Even if we disagree on a topic, I still want to hear what you think. Controversial topics are controversial for a reason and one of my best friends is someone I often disagree with but understand his reasoning. I do fear being disliked, but I'm willing to take a chance.

If I don't respond to messages, it's not intentional. Either there is nothing for me to say or I haven't seen the message yet. In the case of the latter, I will respond when I am able to. I'm unlikely to send the first message unless there's a good reason to.

[Don't even talk to me about Sword Art Online if you like it
unless you're prepared for a debate. That includes GGO
Alternative. Deciding GGO-A is good because it "didn't have
Kirito" is ignoring the actual issues SAO had.]
Favorite Anime