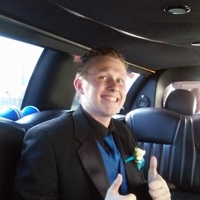 Yes! Also I won One Piece Unlimited World Red btw. Omg so excited for the special.

Dressrosa has been pretty epic. I can't wait to see the latest developments. So excited! It's got a lot of emotion, a lot of things that get addressed and also some characters I really missed popped up. Sorry my response was so slow by the way. I got to read your message but I was on my phone and couldn't type up a good reply on my little iphone.

I'm soo impatient for the ps vita game coming out on the 14th......... haha i just want it alreadyyyy lol

yes! well maybe except for the latest few chapters but ill catch up! :)

I had a lot of Japanese friends and we got together during late November to celebrate a friends birthday. We celebrated Japanese style so Japanese party food and then drinking.

We had some music on and while we were drinking we started singing. Then, we realized we were in my friends dorm and that her dorm mates may not enjoy our rendition of Bohemian Rhapsody as much as we do. We went to the karaoke studio and started singing and at one point we couldn't decide on a song so my friend put on We Are by Hiroshi Kitadani.

I sang along because the words are simple "arittake no time wo kakiatsume~" then after I said "this song is so cheesy! What is it from?" He says "One Piece, it's my favorite anime. Do you know it?"

I didn't but then he told me he wanted to watch it in English. I had been unemployed cause I got laid off from a pretty decent job, so I was mostly job hunting and not much else. We decided that we'd do an English dubbed One Piece marathon. So we did, and I watched with him until they stopped dubbing then continued in Japanese cause dubbed is sometimes irritating.

I decided I really liked it and kept up with it ever since. :)

Thank you so much ;w;