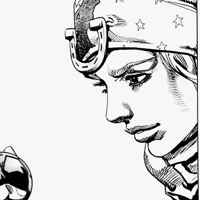 Haha, good luck in your search then. There are probably travel books in your local library about the UK. You might have luck there.

You'll have to research and find out which wood is most likely to have them. Local Scots would probably be good people to ask, and the further north I think the more likely you'll find one.

Excellent! Going hunting through the woods or in a zoo?

Your best bet is to go to a zoo or wander around the woods in north Scotland. They are REALLY rare in the wild. I'm pretty sure Scotland is the only place you find them at all now.

I know, right? Unfortunately when the grey squirrels came over they skilled most of them.

You might see a red squirrel in Scotland if you're lucky.

Hmm...London does have all the main attractions. If you're thinking of travelling around then you could to a trip across the UK. Bath has the old Roman baths, quite historical. Bristol is very pretty, more old stuff to see, including a ship. Cornwall has the scones and clotted cream, and somewhere over there is the only place in the UK you can grow tea (all year round). Manchester and Liverpool are a couple of the big cities in the north. There's Blackpool if you want to experience the old fair ground holiday by the sea, and there's a lot of attractions in Blackpool Tower, including a huge ballroom. Newcastle has the Angel of the North. There's Wales, which is good for countryside, though you can get a lot of that in Scotland too. Edinburgh is very old, and has a zoo, not a bad place to visit. If you go to Dundee there's a ship called the Discovery, which belonged to Captain Scott, and there's The Unicorn, which is the last ship of its kind still floating on water.

If you're sticking to London it's really the standard sights like Buckingham Palace, The British Museum and The Tower of London There's a lot fo shopping to be done there. If you time it right you could catch an MCM convention at the Excel. There are plenty of theatres. There are also specialised tours, like the Ripper tour where you can visit all the sites of Jack the Ripper. It depends what you're into, but there are plenty of tours around.