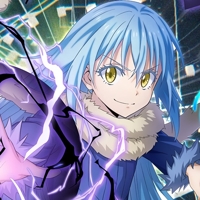 RANDOM FACTS:
I write with my left hand.

HOBBIES:
I am a huge science and technology buff (to the point of having a few theories of my own as to the nature of dark energy and alcubierre metrics).

I am an avid fan of anime of just about any genre. Including the big three and older classics.

I also very much enjoy writing and like to go rather in depth with every facet of it that I can manage. From the physics of the world in which the story takes place, to the emotional backstories and profiles of the characters.

I like learning about just about anything and everything, and so a lot of my childhood was full of discovery channel. Now much of it is Wikipedia (and several clicks to the references to get some cross verification, just in case). I love science videos with splendid visuals and/or graphics anyway (even if it is a video that doesn't introduce any new knowledge to me, though I WOULD prefer to learn something new).

Reading and watching (both fiction and non fiction). I do enjoy a lot of sci-fi (such as Star Trek, Star Wars, and Doctor Who) and fantasy.

LANGUAGES:
I have been learning a lot of French for a couple of years now. I am probably still quite the amateur but I am at least rather proud of the 'r' sounds I can handle now.
I can also speak a bit of Japanese, though I haven't really intensely dived specifically into learning it, though I plan to. There are many on the list to learn.

VIDEO GAMES:
I enjoy just about any genre of video game from racing, to FPS, to RTS, to RPG/MMORPG, etc. I also have had almost every type of console from Super Nintendo to Nintendo Switch, to Playstation 1-3, to XBOX 360 and enjoy games from all of those platforms.

I have recently been constructing an addition to the house I am living in currently. Framing (the walls, floors, roofing etc.), doing the electric wiring, building the trusses (that I did the structural calculations for, but still required an engineer's stamp of approval - which shall remain exposed under the finished ceiling) by hand (with hammer and nail), drywalling, installing the hydronic radiant floor heating system that I personally designed (including the corresponding heat-loss calculations), and more. I find channeling my dedication and effort into this discipline to be so peacefully satisfying (though I suppose doing so with any discipline tends to give me those feelings).

Would love to go camping actually. I really enjoy immersing myself in the outdoors and nature in general, throughout all forms of weather (as I find so much distinct beauty in each). I must admit that rain, snow, and night are among my favourites. Gazing at the almost silhouettes of trees whose leaves, painted by the moonlight, rustle gently as a pleasant breeze rolls through, the resultant sound gracing the ears with a semblance of utter tranquility. The aromatic petrichor. The sensation of grass beneath me. A harmony to be partaken of through all of our senses. I cannot express enough how much serene beauty I find in things like that.

OCCUPATION:
I am an Architectural Technologist that has been working for a small drafting firm for a few years.

I plan on eventually becoming a fully fledged Architect and Structural Engineer.

If I am sufficiently successful in these endeavours, I have plenty of ideas for additional company facets in which to allocate funds.

But even as far as the architectural field alone goes, I enjoy very much the synergy of science, art, and technology that architecture encompasses, all of which, I am very passionate about.