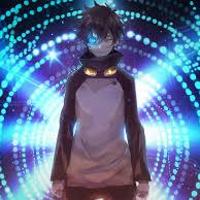 Male
Single
Likes: No Preferences
Last online about 2 months ago
Living in the South Pole With My Penguin Gang, Antarctica,
Please login to post.

Apologizes to everyone on my friend list. Didn't expect to be absent for as long as I was but a good part of my absence was due to not being able to post anything on the site. Started a new account Chillhouse and still couldn't post anything. I gave up for a long time and now for some reason I can post on both accounts. Weird tbh. Did send a message to Seph so I'm assuming he was the one who fixed it. I promise I was not ignoring anyone. I did log in awhile back but again I couldn't reply on my wall, in the forums or even in DMs. At this moment I'm considering switching to that new profile with a new name. Just not feeling my sign up name dragonflykite anymore. I hope everyone has been doing fine, especially since this coronavirus has taken over the world. I missed everyone a lot. I honestly don't remember what I posted on the walls of the last few conversations I had but I will respond to everyone before I switch over to my new profile. I would really like to stay friends with all so I'll try to find everyone on my new profile and send a friend request or you could just send the username Chillhouse a friend request and I'll accept it since I know you already.

Izuku_Midoriya @code_016 Welcome back! Same thing happened to me as well. Good thing it was fixed

Empyreal Light @dragonflykite ^_^ Thanks guys. Appreciate it. And I didnt know it happened to others Izuku because when I couldn't post, others were still able to do it so I was really confused but same glad it was fixed for both of us and hopefully anyone else as well.Nice to see you guys are still hanging in here. Some really cool friends. You guys have always shown kindness to me so thank you for keeping in touch ^_^

Empyreal Light @dragonflykite >:) Yeah it has been. Miss hanging out with you in the last one to post wins thread Izuku.

Hmmm, well I'm kind of into SouthEast Asian foods. My family is from there, so I grew up eating a lot of ginger, peppers, cilantro, bamboo, lemon grass and those types of spices. A comfort food for me would be pho and egg rolls.

How about you, what kind of foods do you enjoy?

Also the other day, I was watching a national geographic video and it dawned on me about how you actually get to work for national geographic as a filmographer. I don't know if you just need to send them some videos of nature or something, but I thought it'd be a cool career, as you get to travel a lot and see amazing places and animals o.o.

Empyreal Light @dragonflykite Southeast Asian foods I always wanted to try. Only had Chinese and Japanese foods before when it comes to Asian cuisines. Korean food I wanna try too. Nice dude. Southeast Asia is a cool region. I wish I actually knew more about that area of the world.Not sure if I know what pho is but I love egg rolls in sweet and sour sauce. Me? Umm. I like anything spicy the best. Spicy boiled Seafood like Crawfish and spicy boiled shrimp. Anything I can put hot sauce on I like. Lol. Hot sauce in rice and on taco's. Same thing with jalapeno peppers. There is a dish called Asian Cajun at this seafood place a town over and it has rice with shrimp, onions and mushrooms and it's so darn good. ^^;And yeah you're right that would make an amazing career. I def wouldn't mind it. I bet it'd be something you would enjoy for sure. Prob never get boring I bet >:) Sorry for not responding for such a long period btw.

Neverland @dakoya Eh no worries holmes, I disappear here as well on and off, more so ever since I got a full time job. I've tried Korean food before and it's so spicy the majority of it. When you watch those dramas and variety shows, they make it look so good, but it's damn spicy xD. Well hopefully one day you can try Pho, it's a staple like Ramen is for the Japanese. At least that's how I think of it, but for the Vietnamese. I haven't actually tried crawfish before, mainly b/c it looks like it's tedious and not much meat on them. That Asian Cajun does sound good. Seems a bit like a gumbo to me. Currently I'm stuck at home, at least i can work from home unlike a lot of other people. It's drivign me kind of nuts though being stuck at home, even though I don't go out much lol. What have you been doing to pass the time, and what has your government done to prevent the virus?

Oh my I knew I have been missing someone!! OWO

Empyreal Light @dragonflykite :P Aww. I missed you too . T_T

Thanks for the essay xD. That's a good idea, then the people closest to you on here wouldn't wonder about where have you gone/what happened to you. Who knows, have you ever been to a nordic country before? I'm pretty sure europe gets tornados but I'm sure Finland doesn't. Wow that sounds rough, got to keep a ear for those sirens! I really hope your area gets less tornados starting now and the next coming year and so on. Geographically yes but politically and with it's views throughout history Finland is definitely a western european country and that's why it's usually viewed as one. Although back in the day with the old East/west classification Finland was also geographically classified as a western country. I also fear flying on planes but if i really want to go somewhere far away unreachable by other methods i'll probably muster up the courage. I have been to Estonia twice but other than that no, i wishi i could visit other countries in europe, I'd love to visit France for it's buildings and tourist attractions and Italy since i bet the atmosphere will be nice and i love Italian food! Oh and it's fine! It's nice to get long messages sometimes, lol a very fitting nickname indeed!

Empyreal Light @dragonflykite ^_^ Hey. Thanks for the reply long ago. And nope never been to a Nordic country or even out of the USA but Nordic countries are pretty interesting. Finland doesn't get tornadoes O.O That's great. And actually there hasn't been any tornadoes in my state in quite some time thankfully. At one time it was bad but now it's okay. Thanks for the concern >:) Cool. I was just curious cause I didn't know for sure where Finland stood on the West/East Region. Thanks for clearing that up for me. Yeah, same. Unfortunately many places are only reachable by plane so if we don't build up courage there's many places we'll never see. I'm sure it just takes once or twice to get comfortable flying then it's more calming. Wow Estonia. Another country I don't really know much about. Is it nice there? France and Italy would be awesome places to visit but sadly the coronavirus will delay any trips anywhere around the world but I understand the attraction to it's buildings and tourist sites and food in those places. >:) And yeah sometimes long messages are okay. It's easier to reply to long messages if you known the person for awhile because the conversation flows easier. Sorry it's been so long since I been back. I will be probably going to a new account soon Chillhouse. Hope you wanna continue to be friends ^.^

Wow what a coincidence! Also thanks, it sure is nice to have a place to geek out. Ah i see, i understand that and don't think i'll be on regulary for long periods of time myself...but perhaps not gone for months either lol but then again that might change since that depends on an individuals real life, i might leave this site again someday but i'll make sure to bid farewell to my mo pals. Finland is like a feezer that cools off after 8 -9 months for a short summer with inconsistent weather xD.

Hm, squirrels... I think I kind of get you on that, but my POV might be a bit skewed since my dad likes to hunt them and I've eaten them before. They're pretty gamy and lean, but have a rich flavor. We don't have a variety of squirrel species around here, so I'd like to see the Abert's Squirrel someday. The pointy ears seem interesting o.o.

I have only been to New Mexico, Florida, Minnesota, Wisconsin and Illinois before. I think the only thing that might limit me on traveling is the usage of public toilets. I don't know why they are so gross, most of them at least. You would think that people would be considerate since they, themselves don't want to go into a gross bathroom xP.

As for festivals and the like. I'm not really into them, but I do enjoy the festive air. You know like when Christmas is near and all you hear is Chirstmas music and ads on tv. It kind of cheers me up.

You're welcome, it took me a while to figure out too lol, i enjoy helping others anyways ^^

I'm surprised that kids were allowed to go to Mardi Gras, especially w/ how it is advertised (tit flashing and alcohol and the like o.o). I think the biggest parade we have here is for the Oktoberfest. I guess a lot of people who settled around here have German background. At least there's a lot of drinking and sausages around for the event.

I had always thought it'd be fun to travel to visit people, see animals or to eat the local food. Other than that, I don't really see why you would do much traveling. I guess see some sites, but those would usually be secondary to me. Which is why I'm always jealous of those food travel youtubers or hosts.

Since I do plan to visit all 50 states someday, I think visiting the Badlands could be on my list. I do kind of want to see the giant Redwood forests as well. I think it might be harder to see Japanese Macaques though >.>.... My favorite animal is the Snow Leopard, but I think it'd be UBER difficult to see one in the wild o.O...

Ah, that's too bad. I'd give the Leopard Seals a try instead then. They seem more curious, but deadly (from what I've seen in documentaries). Oh, that sounds pretty awesome. So have you ever experienced Mardi Gras there? I'd like to try some of the more authentic creole cooking. As for traveling, one of my sisters and I have always said we'd travel to Japan together, so that'd be one place. Then I'd also like to visit Thailand and Vietnam to see some of my relatives. Other than that, I wouldn't mind just visiting people I know online or places where I could meet awesome animals. Road trips would be fun too lol.