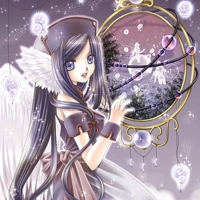 Thanks. Yeah its just so much easier to find people with similar interests online than irl but nobody ever seems to be able to handle long distance and it's like impossible to find someone nearby even online lol.

Honestly, it depends on the game. depends on the people working on it too. theres competitions where people makes games in 2 days. the last game i was able to get finished, which was in college, took 5 months. some games take longer, i know that the one simple game im working on, if i can get around to going full into it with a coder (and probably a character artist) it would only take a couple months, like 2-3. where as the other game would take a couple years.

And yeah, its not just when a level is added too. When a new feature is implemented, or when something like balancing or placement, even collision is changed. you test it. and you could be testing it for hours. it depends on how big the chance or addition is. and you basically just keep testing that same thing over and over and over again until you've gathered enough information to move forward, or fix all the problems you can find. Thats also why having a testing job is extremely boring. when you do testing for games, you don't get to choose what you test. You're told what level, and even section of a level to test, and you have to keep playing through in various ways in order to find any bugs, balance issues or if theres anything that could make it better.

I'm glad to hear that. I just haven't had much luck with relationships lately. Too much long-distance that did not work out.

both are still in beginning design phases honestly. so more like brain storming and trying to figure out what i want to do with each. though i do work on the art here and there.

To answer about bugs/glitches. Well, bugs and glitches are a bit of a hard thing to find sometimes. No matter what, games will never be perfect. Its impossible to find all glitches and bugs. Problems with coding is, you add one thing, it can break another, fix one thing and it can break something else. not to mention, you can have a line of code broken by something that doesn't actually correlate or interact with in that line. it could be something from code in say lvl 3 affecting a code in lvl 6. and theres no telling why. You basically just bash it until you find a way around it, or a way to fix it.

That being said, a lot of older games have less bugs/glitches than games nowadays, though thats primarily due to patches. Since patches can be made readily available now, verse then, companies often release games sooner than they should be because they can just implement a patch to fix it later.

Other issues are, every console plays a game differently. And some bugs or glitches wont appear or show themselves until they're played by other people and on different machines. Theres also that engines back then couldn't calculate as well as they do now. So nowadays, when you find glitches where you fall through something, its usually because of bad collision by the artist, sometimes its still by the game not calculating it correctly. And when it comes to fixing glitches and bugs, most companies/teams break it down to this, if it breaks the game, is it prevelent to most players? no? put it low on the list, yes? put it high on the list. So bugs that may not happen to a lot of players, may not get fixed as fast, or even at all because not many people deal with it.

I could imagine, I'd be scared to try too.

And nope, virtual reality wouldn't really work well for it considering how i want it to play. And no not really, knowing how to make games really just gives you insight into why certain choices are made over others. Its like a peek behind the curtains if you will. You understand the makings, why certain things are done instead of others. And get the design choices. Thad being said, you also know at times there were better ways to handle a design element over what was chosen, and the like.

When it comes to making games, its... actually not too complicated. Making a game isn't exactly difficult. Making a good game is. Its all about if the game is fun. Since thats the point by the end.

You figure out what kind of game you want to make, the art style goes with that. And then you build off of it. How do you want the gameplay to go, whats the genre/subgenre. Is it a comedy, horror, horror-comedy, action. You want a fully fledged story and world? want it simple? whose your character? and whats their reason, or rather your reason for playing. Whats the goal by the end, and why do you have to go for that goal, what pushes the character/player. once all that is figured out, along with basic mechanics, you can break out into the smaller and more detailed aspects. sub characters, plots, even lore is technically apart of this. How many levels/areas you want. and so on and so forth. It takes a lot of time and patience to design a game for sure.

Hey. Eh I've been better. You?

That is an odd question o.o I mean... that begs the question if they've ever eaten raw noodles...

And simple in no way means too easy. look at mario games for example. they are extremely simple, but they aren't exactly easy either.

How the difficulty will come in to play is just that there will be a couple different enemies(murderers) with different skills, and the layout will be randomly generated. plus increases to ai difficulty over the course of levels. it may get pretty hard. just takes thinking about how to make the game difficulty. i mean, the game that i made in college was apparently pretty freaking hard, which, since i'm out of practice at it, i can't even beat our hardest difficulty (which originally was even harder than it is in the final build)

Well still the fact your doing something so unique is really cool. You say your into video games yea? What kind?

Oh yea, martial arts are a big part of my passions, can't really say how good I am at it, I prefer to let others be the judge. Sugar sculpting eh? That sounds pretty 'sweet' what do you sculpt?