The Heroic Legend of Arslan [TV] 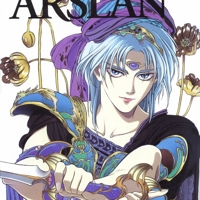 The story follows the exploits of Arslan, the crown prince of the fictional kingdom of Pars, and it is divided into two parts. In the first part, Pars is taken over by the neighboring nation of Lusitania after Arslan’s father, King Andragoras III, falls victim to a treacherous plot led by some of his most trusted retainers. After barely escaping with his life, Arslan rejoins his loyal servant, Daryun. Backed up by only a few more companions, including the philosopher and tactician Narsus and his young servant Elam, also Farangis, an aloof, cold priestess, and Gieve, a travelling musician and con-man, Arslan stands against overwhelming odds to assemble an army strong enough to liberate his nation from the Lusitanian army which is led by the elusive warrior known as “Silvermask”, who is later revealed to be another contender to Pars’ throne. In the second part, Arslan, now king of Pars, divides himself between defending his country against several external threats, including Silvermask, who is still at large, seeking to claim the throne for himself, and addressing the needs and hopes of his subjects.