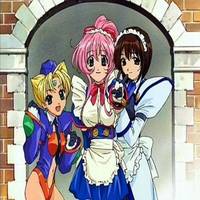 The story follows a young boy named Nakahito Kagura. He is pushed by a group of classmates to go into a house rumored to belong to a mad scientist. Inside, he comes across what seems to be a life-like doll. At the same time, the Japanese Army carries out an attack on the house. During the attack the “doll” falls over and Nakahito accidentally kisses it, causing it to awaken. The doll turns out to be the Steel Angel Kurumi, who is being hunted by the military for mysterious reasons.