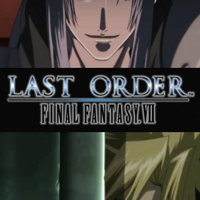 Last Order explores situations shown and referenced within Final Fantasy VII and other Compilation titles. The world of Final Fantasy VII, referred to as “the Planet”, is dependent for its survival on a flow of spirit energy called the Lifestream. The megacorporation Shinra Electric Power Company eventually rises to power and begins extracting the Lifestream through Mako reactors, killing the Planet. Shinra uses the Mako as an energy source and to manipulate the strength and abilities of their paramilitary organization, SOLDIER. Sephiroth, considered the strongest member of SOLDIER, is sent to investigate a Mako reactor in the secluded town of Nibelheim and is accompanied by the SOLDIER Zack and two grunts, one of whom is Cloud.

Amazon
Anime Rating
8.4/10
307 users added this.
Similar in these categories.