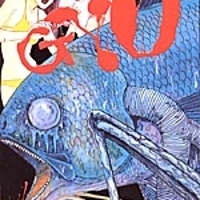 The plot of Gyo centers around the “death stench”, a revolting smell first encountered in connection with creatures appearing to be bizarre fish with scuttling, sharp metal legs. At first they appear merely as smaller fish, but later also as larger sea creatures such as sharks and even a whale.

The creatures are eventually revealed to consist of a small metallic, legged structure with the carcass of a dead animal (and later, human) strapped on top. Germs infecting the rotting body produce a gas – responsible for the terrible smell that surrounds the creatures – that makes the metal construct move.