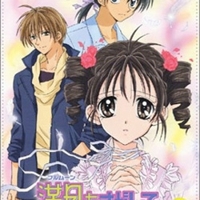 Full Moon o Sagashite is a based on manga with the same title by Tanemura Arina. The story focuses on 12-years old Mitsuki who loves to sing and wants to become a singer. However she has a tumor on her throat, which might only be cured at the cost of her voice. Her time is running out because she has only one year before the cancer kills her.

In order to realize her dream to become a singer, she is transformed into a 16-year old girl with the help of two Shinigami (god of death from japanese mythology) and takes a singing audition. Of course, she passes the audition and starts singing. But her time is running out as she only has one year left before she can’t sing anymore…