The God of High School [TV] 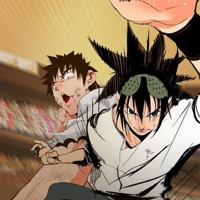 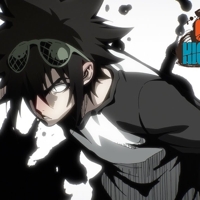 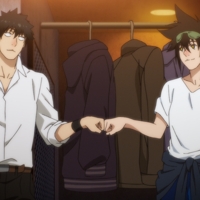 When an island half-disappears from the face of the earth, a mysterious organization sends out invitations for a tournament to every skilled fighter in the world. “If you win you can have ANYTHING you want” they claim. They’re recruiting only the best to fight the best and claim the title of The God of High School.

In GOH, the action takes place and involves the inhabitants of three different realms:

The Human Realm is mainly populated by humans and identical to our known world. It is the least powerful realm followed by the Sage Realm and then the Heavenly Realm at the highest. The Sage Realm (Korean: 동승신주; 신선계; Hanja: 仙界, lit. “World of the immortal/sage”), also known as the Demon Realm, Taoist World, or Other World. It is populated by various mythical creatures, spirits, and monsters (collectively known as demons) such as Dragons, Minotaurs, Phoenixes

The Heavenly Realm (Korean: 신계; Hanja: 神界, lit. “Divine World”) is the last realm and the most powerful. The Heavenly Realm is home to many powerful gods of various mythologies and legends like the Jade Emperor, Michael the Archangel, Hercules…
At the dawn of time, humans, demons and gods lived together on Earth. The gods allowed the weak humans to borrow their powers, creating the “Borrowed Power” system (or “Charyeok” in Korean) so they could defend themselves against the demons who wanted to rule over them. Shortly after the demon defeat, the gods split up the humans, demons and gods among the three Realm. Humans are since able to use Borrowed Power freely but are not allowed to attack gods with it.