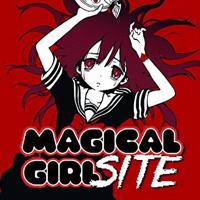 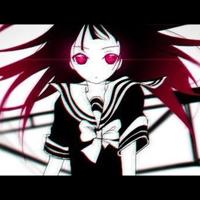 Aya Asagiri is a middle school girl who has problems both at school with bullying, and at home from physical abuse by her brother. While browsing online, a website pops up on her computer featuring a creepy-looking person. This person appears to take pity on her, and announces that she has granted Asagiri magical powers. Later at school, she is cornered by bullies, and with nothing to lose fires a gun that had mysteriously appeared in her locker earlier that day at them. The shot causes the bullies to disappear, but to her horror she finds out that they somehow had been hit by a train nearby. Asagiri feels as though she had killed them somehow, and is confused to find herself with longer red hair with eyes that flow with blood. She later finds that she is not alone, when a classmate reveals that she is also a magical girl. Asagiri learns about magical girls, and the power she has acquired, from her new friend who has offered to help her. The two girls, though, can’t explain why there is something that looks like a countdown clock on the website, and fear it might be something bad.

Amazon
Anime Rating
8.4/10
306 users added this.
Similar in these categories.