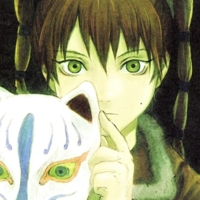 As far an anime goes I prefer dark and edgy, action, psychological and heart wrenching. Vampires are always a plus. However I also like some slice of life with romance and even some ecchi. Sometimes I like reverse harem, cross-dressing and traps. I'm not much of a fan of "popular" stuff like Naruto, Bleach, One Piece or anything that goes on for 100+ episodes.

More general stuff about myself at Adolannan's suggestion:
I moved around a bunch after I moved out of my parents house and for several years. I love to see new places and explore so I never really followed the traditional career path. I always just wanted to do my own thing. I'm more the starving artist type. I love cinema and films, more independent, horror and weird/artsy stuff but I watch all kinds. I thought about getting into filmmaking.

I love advanced technology and computers but I appreciate the workmanship of traditional mechanical devices and other things like that. So I love old film cameras and mechanical watches, tube amplifiers and record players and even simple things like fountain pens and old typewriters.

I tend to dislike the money centered view of modern life even though I have an addiction to materialism and having nice things when I can afford them.

I would love to find someone that shares at least a few of my interests. I like to start slow as friends first but I'm looking for someone serious and long-term. I'm willing to travel to be with someone serious enough. Feel free to ask my anything, I'm friendly with anyone who is nice.