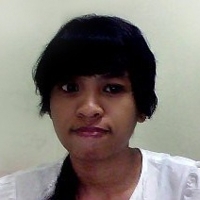 Female
Single
Last online over 8 years ago
Philippines
Activity
About
Pictures
More ▼
4
Friends 72
Anime 0
Cons 0
Awards
Hi everyone! :3
I prefer to be called over the internet by the name of 'Red'
I really like to read lots of manga mostly Romance and comedy.
50+ chapters a day if I don't have anything important to do~

I love anime/japanese song because mostly of them have meanings and stories.The band that I really like is FLOW, follows the Orange Range. I'm also a fan of vocaloid, I like Honeyworks songs .Gumi or Luka as singer.

I'm a student artist who likes to draw digital and mostly anime style, and some what semi realistic ish?

I really loves cats. I have two cats in my house, they are 'Icedrop'(male) and 'Ice cream'(female). They always do Ninja moves(always disappears and go else somewhere) when I leave them. >.>