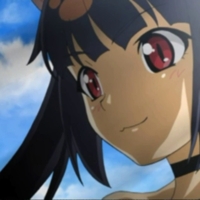 Male
Single
Likes: Females
Last online 3 months ago
CO
Activity
About
Pictures
More ▼
25
Friends 70
Anime 0
Cons 0
Awards
Hello there and welcome to my profile. I'm not very good at giving descriptions about myself but here it goes.

I've been an anime fan since I was 7 or 8. I'm a fan of all sorts of genre's of anime's that includes even ecchi as well. As for some of the stuff I like to do I like gaming, MMD, music, making video projects in Sony Vegas like YTP's if I'm bored enough, exercise and cooking. I even like to collect stuff like anime figurines and doujin art. I'm actually really into doing stuff like animation as well, I used to make stop-motions when I was younger but now adays I'm into doing animations in programs like MikuMikuDance. I just find it quite fun and relaxing. I've been thinking about getting into drawing anime art again as well but just haven't really had the motivation for it. I used to draw anime pictures when I was lot younger but stopped for some reason.

I'm a bit introverted and actually a very shy person so it can take me a bit to open up to people. I'm not usually that talkative either and my responses can be a bit awkward sometimes but once I get used to people I'm usually a bit more talkative at least depending on what the topics are. Anyways I'm hoping to get into a relationship with someone someday who's kind, is a massive weeb like I am, doesn't mind me being into the stuff that I am and is just someone I can share a lot of my interests with.
Favorite Anime