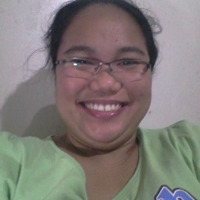 I'm an online English tutor from the Philippines. I didn't major in English but I used to work as a call center agent, so I had a lot of experience speaking and writing in English.

When it comes to anime, I used to watch Ghost Fighter, Flame of Recca, Daimos and so on when I was a kid. I mean almost all of those anime that were dubbed in Tagalog/Filipino.

I don't have access to the internet back then and lost my interest in it too. I became addicted to crime TV series and ended up seeing the same plot in different shows. One of my brothers is the one who's into anime since he was little and he reads manga too. He influenced me in watching anime and now it's my new addiction.

I know it's weird for my age, but I'm having fun. I love radio voice actors ever since and there's a lot of talented voice actors in the anime industry. I deeply appreciate how hardworking they are and how they try to have different voices/wide range of voices. It's just amazing, especially when it's very unrecognizable from their normal voice.

Anyway, I want to get to know people with the same interest as I am but not too obsessive. I mean, people who still try to have a balanced and healthy lifestyle while enjoying their hobbies which is reading manga or watching anime.
Favorite Anime