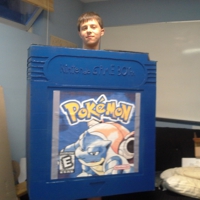 Aw thank you! I really love the game too :3 and my cousin always said I looked like her so, hehe~

Hi! I just wanted to tell you I've been swamped in schoolwork this week but I don't mind the VLR gushing at all! Hahaha. I will get back to you as soon as I finish my work. ^-^

Apparently none of my enter spaces went through, as well. Sorry about that. D;

Hahaha, aww... Yeah, I know? You'd think a "dating" site would give one the option of sparing themselves the possible embarrassment of an unforeseen typo or misplaced post. xP

Junpei would be more comfortable to cosplay as, but who wouldn't want to strut around in a pimpin' red suit and tie all day? Hehe. xD
You probably will like Apollo. He's so silly.

Lemme just confirm something, did you finish 999 completely? Our conversation has spanned over days and I can't remember for sure! :0

How are you liking that good ol' Radical 6? ^-^;
Sigh, Dio... I personally think if he was going for Santa's spiritual equivalent, he's doing it wrong... >_>

Awesome! Piecing it all together, eh? I figured with your tastes in games, you'd have to have some intellectual qualities in terms of your personality. I really enjoy someone who can actual appreciate the sheer wonderment of these wicked games. I hope you're getting as much entertainment from our daily 1-2 posts to each other as I am. ^-^;

I actually adore Gumshoe; that giant teddy bear. Having spent so much of my time playing Ace Attorney prior to picking up 999, I kept thinking of Gumshoe whenever I was watching one of Seven's scenes. xD

Omg, Oldbag...! Hahaha. She was funny. She's in Edgeworth's game as well.

Goddammit. This is my profile! >.< I wish you could delete posts on this site!!!

I hear ya! I was thinking of cosplaying Junpei for my next con, but I'm still not sure if I should go with him or some other character! XD I guess that's my que to play Apollo Justice, though. If he's like Junpei, I'll like him!

Oh yeah! I love Snake too! He's the most perfect human being to have ever, apparently... since he's blind but can still DO ALL THE THINGS! (except not appear dead). I was never too fond for Santa, though. He's cool, and I like his motivations... but I never got a really good feel for his character like with all of the others. :\

Heh heh, I'm probably close to finishing VLR, though. I've gotten the Dio, Alice and Clover endings so far (in that order), and I also believe I've found the true ending route. Right now, I believe I'm on the Quark or Tenmyouji path, cause Quark just woke up from passing out, and he and Tenmyouji are having a hugging moment! ;v;

I think I've figured out a lot of the game so far, though. I've done a lot of writing analyzing and theorizing about the characters and plot, and they're all converging to one point now. So, I'm excited! :D

Heh, I know what you mean, though. I can't really think of one deadpan character in Ace Attorney! My favorites are Gumshoe and Oldbag, cause they're the most eccentric of the bunch! :D

Funyarinpa!!! Hahahaha, I loved that and Lotus' face in reaction to it. I do adore Junpei; I think his corny jokes and whole demeanor remind me of Apollo Justice and so I have to love him. xP
My favorite character is and always will be Santa, though. He's really aloof and blunt, but surprisingly intellectual and caring. I like how he has this rough exterior thing going on. ^-^ Then, of course, the deadpan snarker Snake. What is there not to like about Snake? Haha.

Yay! You got it back! Now you can play VLR some more. You'll have to tell me what you think when you finish it!!! It's pretty crazy. I won't say my favorites until then so nothing gets accidentally spoiled. :P

Ah, really??? We have to have an Ace Attorney conversation at some point. xD
The characters are all really unique and interesting.

Yes!!! So do I!!! I think it's awesome that you love it too! Yay~! Not many people appreciate or even are aware of it. Haha. Favorite character, please? :P

Thanks! Yes, those games are super meaningful to me. Aw, really? Yeah, I understand. The first edition case runs pretty high now. O_o; Did you get your 3DS back yet? :D

Hehe, thank you. Yes, I love my lanyard. lol. It's my only special one too, except a Sears one I got from working there... Haha. League, hm? I have a friend that plays religiously. xD

So you play Phoenix Wright, though? :0

Sorry, I kind of zoned out when I saw ZERO ESCAPE. @_@ Must your awesomeness continue?!

Um... What were we saying... Ah, Zelda. I actually sported my Otakon badge on my triforce lanyard this year. I more of a Ocarina of Time, Majora's mask, Link to the Past fan. And Animal Crossing... I remember those days. As far as a game with an addiction level equivalent to drug abuse, I favor Harvest Moon and mostly... Rune Factory. *-*

You may find this weird, but I actually framed the cases for my 999, Devil Survivor, and Ace Attorney: Apollo Justice on my wall. They're really meaningful to me. >//<