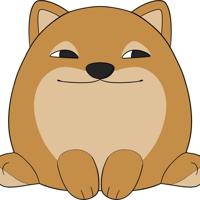 27 year old Male
Single
Likes: Females
Last online 10 months ago
SC
Activity
About
Pictures
Japan deserves nothing except our eternal gratitude for creating anime. It is essentially the only media currently existing that has a transcendental value, or is brimming with subtle emotion. The aesthetic employed within it is so often taken from european culture, and there's so many stories that deal with european mythology or are inspired by white civilization. But even when an anime deals exclusively with japanese culture, the emotional resonance is there. Why? Because the root of both the japanese and whites is the same. What is this root? Is it something immaterial like a soul, a word of God that materialized and solidified in both our cultures and psyches? Or is it just the end result of racial purity? I don't know. But I do know that anime has provided a glimpse into that which both races and cultures dreamed off and desired for aeons.

Anime is the ONLY form of entertainment suitable for consumption if you are a self-respecting white male. And as time goes on we can see the divide between those who have taste and those who do not, and I'm glad we're having this divide. Anime is the high culture of the 20th and 21st century, something that is a genuine creative effort devoid of dubious ideologies. It is a piece of eternity given to us and expressed by us. It is OUR artform and OUR defiance to the filth of movies, actors, celebrities and the whole Western media apparatus. It eclipsed them completely. It rendered them obsolete.
4 Friends 117 Anime
Favorite Anime