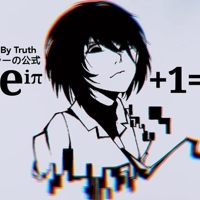 Male
Single
Last online over 1 year ago
Won't say!, Uruguay
Activity
About
Pictures
More ▼
20
Friends 151
Anime 0
Cons 0
Awards
Not much to say, if you want to know anything just ask
I will just list some hobbies of mine that could help start some conversations I guess, in order of current priority they are:

Roleplaying, in particular D&D 5e (Dungeon's & Dragons 5th Edition). I astarted to play about 2 years ago, now I'm running a campaing for half a year or so as a Dungeon Master and the players are having a blast of fun (Or so I guess if they want to play for at least 6 to 8 hours each sundays ;-;).

Books: Well, this one is tricky, I say books but I listen to them for reasons I don't want to explain, still, even if some people look upon audiobooks I'd say they are missing on a few things for not trying them (I'm not saying switching the waythey enjoy their books, just saying it has it's benefits and enjoyment).
With that out of the way I started recently with them (Money is an Issue)
So far I've been mostly into fantasy with titles like Mistborn, The Stormlight Archive, The Witcher, The Dresden Files, Kingkiller Chronicles, The Dark Tower and some others, but I intent on getting at least finished some 50 to 100 in a year, or so I hope XD.


Anime, of course, tho lately I had trouble to get into it, my hobbies tend to go by "Seasons" or something XD
Ky favorite ones include: Steins;Gate, the Monogatari Series, Fate/Zero, Spice & Wolf, Mushishi, Fullmetal Alchemist (Both), Hunter x Hunter (2011), Shinsekai Yori, Hellsing Ultimate (Extra points if it is the Abridged), JoJo's Bizarre Adventures (Joseph Best Girl) and some more.

Lastly Videogames, is not that I enjoy them less, but my PC went from gamer to garbage, I lost some taste for the games I can play on it and it's been a while since I played something new so...
I'd say Dragon Age Origins is my favorite game so far I think, with Portal close and oddly enough Banished and Tetris as the most addictive for me.

And well, I guess if you read this all you were really bored or really bored, so, thanks for taking your time here instead of doing something fun uwu/
Favorite Anime