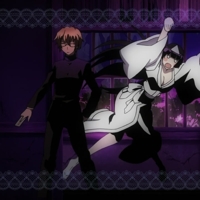 No worries. What's your gamertag

I actually havent seen Dusk Maiden of Amnesia, is it good?

I bought my daughter a Lady Phantomhive and I bought that actual Sebastian Black butler cosplay. My daughters looks awesome, I still haven't received ,mine yet. That is a massive amount of tickets. And they sold out that fast. Oh man. That is wild. And yea, 4th of july. I have a weekend of camping set for my my daughter and my father. I wasn't thinking about the with you in Belgium. I have always wanted to visit there. I have four places I want to see. Japan\China, Belgium\Netherlands,Germany, Paris, Russia. I just think it would be so cool.

Thank you! I really like yours too! :D I've been meaning to watch that anime

thanks! I love that trailer! I play a TON of different games, I've played some of Dissidia, Final Fantasy Tactics (nothing major in Final Fantasy) Pokemon (Emerald, Black, White 2, X, Gold and Silver) Legend of Zelda (every game except Oracle of Ages/Seasons) TouHou (Scarlet Weather Rhapsody, Hisoutensoku, Great Fairy War, and other TouHou games) Left for dead 2, Super Mario Galaxy, Mario Brothers, Super Luigi U, New Super Mario brothers U (essentially a f**k ton of Mario games) Smash Brothers 1, 2, 3, and hopefully 4, Pikmin, Pac Man World series, so yeah! those were some of the games I could list off the top of my head XD as you can see my gaming experience is vast! I hope you play as much games and watch as much anime as I do :3

Not bad! how about you?

Ya, her name is Nala, and she is a little mutt, but super cute. I love her so :D Ya I do programming, but I am not exactly a web design, but doing that kind of stuff is within my ability. BTW who is that in your profile picture? Its so small for me i cant make it out xD

Things are good, In the works to set up to hit MetaCon in October. Bout a couple new Cosplays and waiting for them to be delivered. Other than that working and training for the mudman next month.
I bet that concert was a blast, I haven't been to one in forever. I bet it was packed. So do you have a fun 4th planned this year.

No worries, Thanks, It was a blast. So how are you. Anything fun lately. :-)