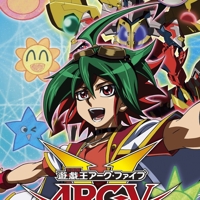 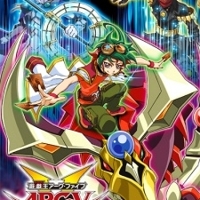 The story takes place in the near future, in a new setting called Paradise City, where Leo Corporation creates new advances in Solid Vision that gives life to Duel Monsters and physical mass to monsters, environments, and allow players to interact directly with them. It also gives birth to challenging Action Duels. Action Duels allow duelists to traverse environments to locate Action Cards to help them in a pinch. The story follows Yuya Sakaki who is a second year middle school student at Paradise City’s You Show Duel School. Yuya’s father, Yusho Sakaki, disappeared three years ago when he was scheduled for a Duel against the Action Duel Champion. Yusho was deemed as a coward who ran away. To clear his father’s name, Yuya faces off against the current Action Duel champion and awakens a new power from his pendant known as Pendulum Summoning. This earns Yuya attention from the president of Leo Corporation, Declan Akaba. Yuya strives to master the art of Pendulum Summoning to become a great Dueltainer like his father.