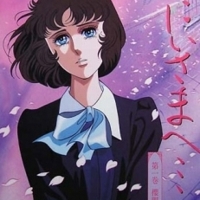 Nanako Misonoo is a young high school freshman at the exclusive girl’s school Seiran Academy. When she begins her first year at this school, she falls into a world of female rivalry, love, chaos, and heartbreak. She narrates the story of the series in a chain of letters to a young man named Takehiko Henmi, who she calls “Oniisama” (Brother). In reality, Takehiko was her teacher at the cram school she went to earlier. She feels such a strong bond with Takehiko that she asks to continue corresponding with him. Takehiko agrees, and soon Nanako begins addressing him as “brother” in her letters. When Nanako starts her new school year at the all-girl Seiran Academy, she is unexpectedly inducted into the school’s Sorority despite having none of the looks, talents, or background needed to become a member. As the series progresses, she becomes involved in the lives of the “Magnificent Three”, the three most popular girls in the school.

As Nanako interacts with these women, she becomes attached to the great but troubled Rei Asaka, whom she wants to help, but cannot get close to due Rei’s obsession with Fukiko Ichinomiya, the Sorority president. Nanako also becomes friends with a beautiful and lonely young girl named Mariko Shinobu, who is determined to get into the Sorority and make Nanako her best friend at all costs. Meanwhile, Nanako has problems of her own; she is constantly being bullied by her peers due to her unlikely membership in the Sorority. Throughout these problems Nanako is supported by her childhood friend Tomoko, the athletic but secretly ailing Kaoru Orihara, and the correspondence with her “brother”, who just happens to have some secrets of his own. The series chronicles her first year at Seiran Academy as she uncovers the past of some of the most popular girls in school, learning of love, loss, and her own family’s secrets, including her true relation with Takehiko.