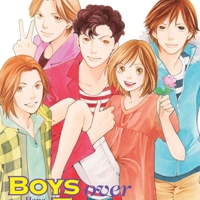 Tsukushi Makino, a working-class girl, attends an elite elevator school called Eitoku Academy, populated by children from rich, high-society families. She is the “weed” of the school surrounded by all the rich kids including the “Flower” Four (F4). The F4 leader and son of the wealthiest, most powerful family in Japan, Tsukasa Domyoji, takes an interest in Tsukushi, because she is the only girl at Eitoku who doesn’t fawn over him. However, his hot headed nature and bullying ways are originally a major turn-off for Tsukushi, who has her sights set on someone else.