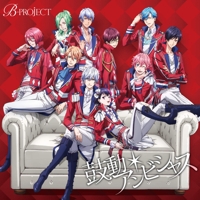 B-PROJECT follows four (initially three) Japanese idol groups that perform both as separate units and as a whole group. When the project first began the units were: Kitakore, THRIVE and MooNs, but on December 4, 2015, a fourth group known as KiLLER KiNG was added. The first single for the series, Eikyuu Paradise, was released digitally on September 11, 2015, alongside a promo video for the series and a teaser of a new single, “dreaming time”, from THRIVE. It was later revealed that all three idol groups would be releasing a single on November 25, 2015.