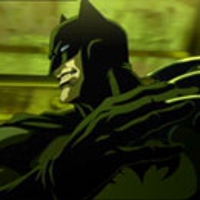 Batman: a name known throughout the streets of Gotham City, a name kids tell urban legends about and criminals fear. Batman continues to purge Gotham City from the filth that is roaming the streets. After having received Lt. Gordon’s complete trust, he is implicated in all kinds of police affairs, the first of which is the capture of the mysterious robber referred to as the “man in black”. Through this ordeal and many others including an encounter with the Killer Croc and Scarecrow, Batman will try to find out more about the dark city’s underground and make his way to become Gotham’s Dark Knight.