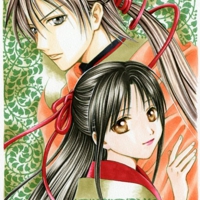 It’s 1923 in Japan, a seventeen year-old girl named Takiko Okuda is living with her sick mother after recently moving to a small village. Her father, which rarely comes home, visits one day, much to Takiko’s surprise. He was recently working on something called “The Universe of the Four gods” and even after returning home, is completely obsessed with the book. Her mother soon passes away and Takiko becomes angry at her father for ignoring and giving them almost no attention. These feelings, paired with her feelings of loneliness and uselessness at being rejected both in love and by her father, leads her to tear the book apart. However, it instead whisks her away to the country of Hokkan where all of her adventures and risks begin.