More Starlight to Your Heart [Manga] 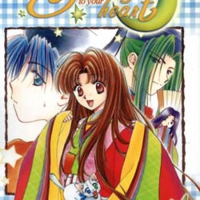 Akane is a charming young girl with two separate identities. Growing up as a princess in the Dainagon family, she befriends Aogi, who, as he matures, takes a position with the Inner Guards at the Imperial Palace, thus becoming unavailable to the outside world. When the long-lasting separation from her childhood chum becomes unbearable, Akane must assume a second persona, that of a servant of the Imperial Palace. But entering the gates of the castle doesn’t get her any closer to Aogi, and soon, these star-crossed lovers are breaking all the rules for that sweet reunion they both crave.