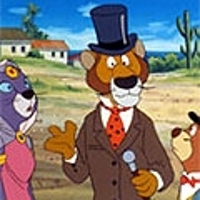 Based on the famous story by Jules Verne, this animated cartoon series portrays a humorous and heart-warming adventure played by animal characters.

One day, a punctual and square British gentleman who is a member of an exclusive club gets involved in a bet as to whether or not one can travel around the world in 80 days. That’s how the adventure begins.

While this gentleman proceeds with his journey accompanied by a newly-hired but devoted butler and his partner, two men from Scotland Yard are after him in order to prove that he is a bank-robber. In addition, a wicked member of the club sends his man to interfere with the journey. Played at a nice tempo and with lovable characters, this series is sure to attract and enchant all viewers.