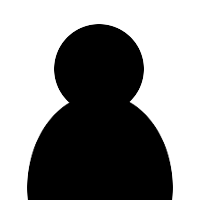 If that's referring to me, then thank you?

Naturally like every huma being I do. Tis why I joined this community.

Not really. I kinda enjoy it,

I joined because I used to have one long ago actually. I decided to try again hoping to make new friends because living alone has given me major hermit status.

She might make a Maiotaku profile again, apparently she had one awhile back because she's friends with the guy (Ryan) who runs this site. i've met him before at ACEN but I'm not really friends with him. My ex (her name is Cassie but she sometimes goe by Jade) is the one that got me going to conventions starting with ACEN back in 2009 and later Youmacon in Detroit. I've only been to those two so far but it's gotten me into alot more anime.

Hey, I linked her to your profile. Sometimes she is social, sometimes not. I'll link you to her profile if she ok's it but I encouraged her to make a Maiotaku profile.

well you are! YAY FOR HUMOUR!!